The P-03 prototype frame was put together to correct the mistakes of the P-01 frame and to make improvements based on the review of that earlier prototype. Of course one question is why we jumped from P-01 straight to P-03 and where did P-02 go. The answer is simply that we made a P-02 iteration in CAD that was never produced. There were just enough changes that needed to be made to the P-02 design that we went straight to P-03 instead.

First and foremost of the changes made to the design were the adjustments to the geometry. After the experiment of the extremely low BB height of the P-01, we felt that the need for pedal clearance trumped the unparalleled stability of the P-01 and so the drop was reduced from 100mm to 70mm. The stack height was also reduced dropping down a solid 30mm and the top tube lengthened by another 15mm for a far more aggressive and racy fit. Lastly, the head tube angle was slackened by an additional degree to enhance the stability even further. 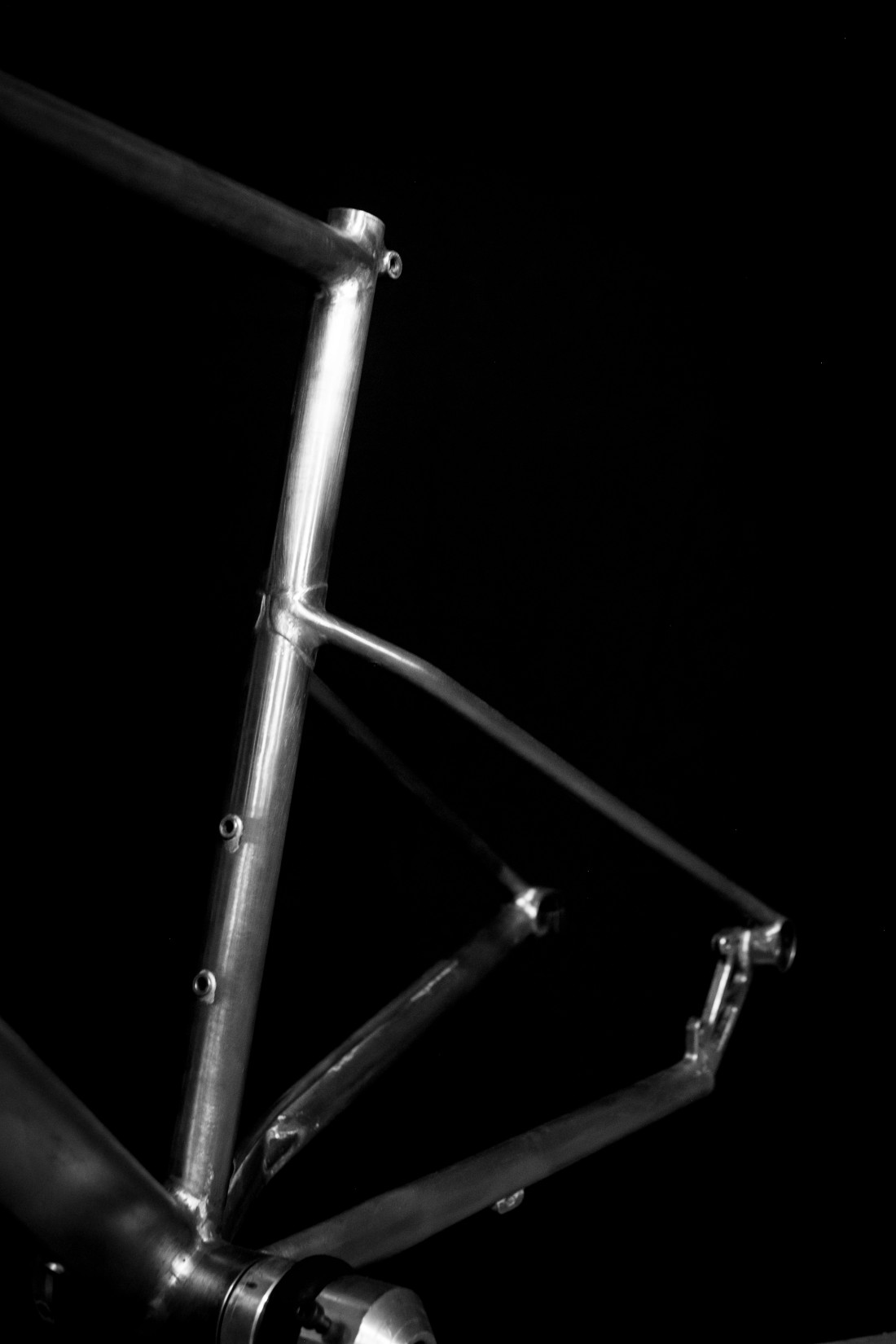 Selections of tubes were also altered with a deeper section aero tube used for the dowtube and flattened straight gauge stays butting into the 86mm T47 BB. Also unique for this build was the inclusion of a cnc machined dropped rear brake mount. This allowed the rear brake (post mount not flat mount) to be positioned inside of the rear triangle to increase the protection and improve brake housing routing along the non-drive side chainstay. Unfortunately, with the increase in the size of the rear rotor and the standoff of the brake caliper, it did make removing the rear brake more difficult than it otherwise needed to be. Future versions will see a revision of this brake mount to increase the clearance to the rotor. 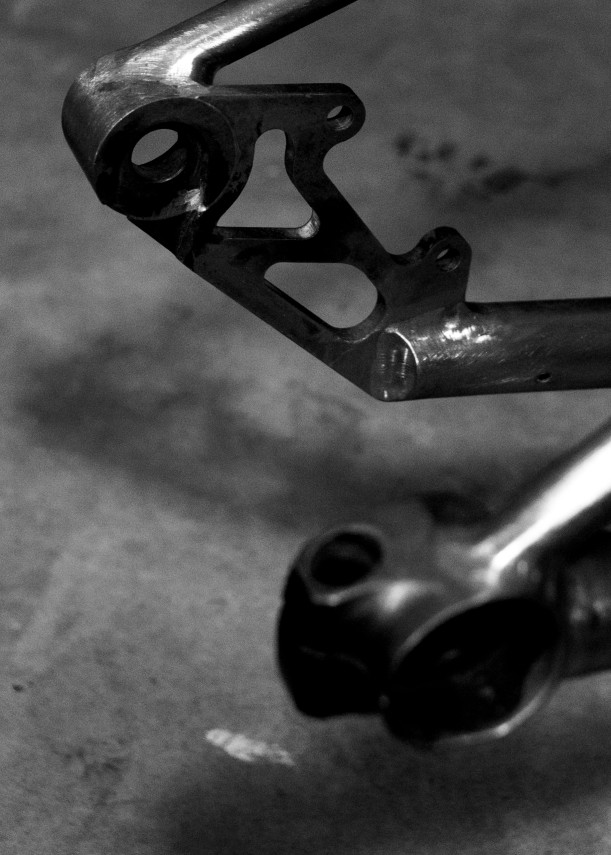 As with the P-01 version of the frame, the first few pedal strokes into the ride immediately showed the inherent stiffness of the short, large diameter chainstays. Each cycle of the cranks brought a matched leap forward from the bike. As significant as the power delivery of the frame was, the agility out of the saddle was a huge change from the P-01 version. This can be attributed to the increase in the BB height allowing the farther from the contact point and letting it roll side-to-side. 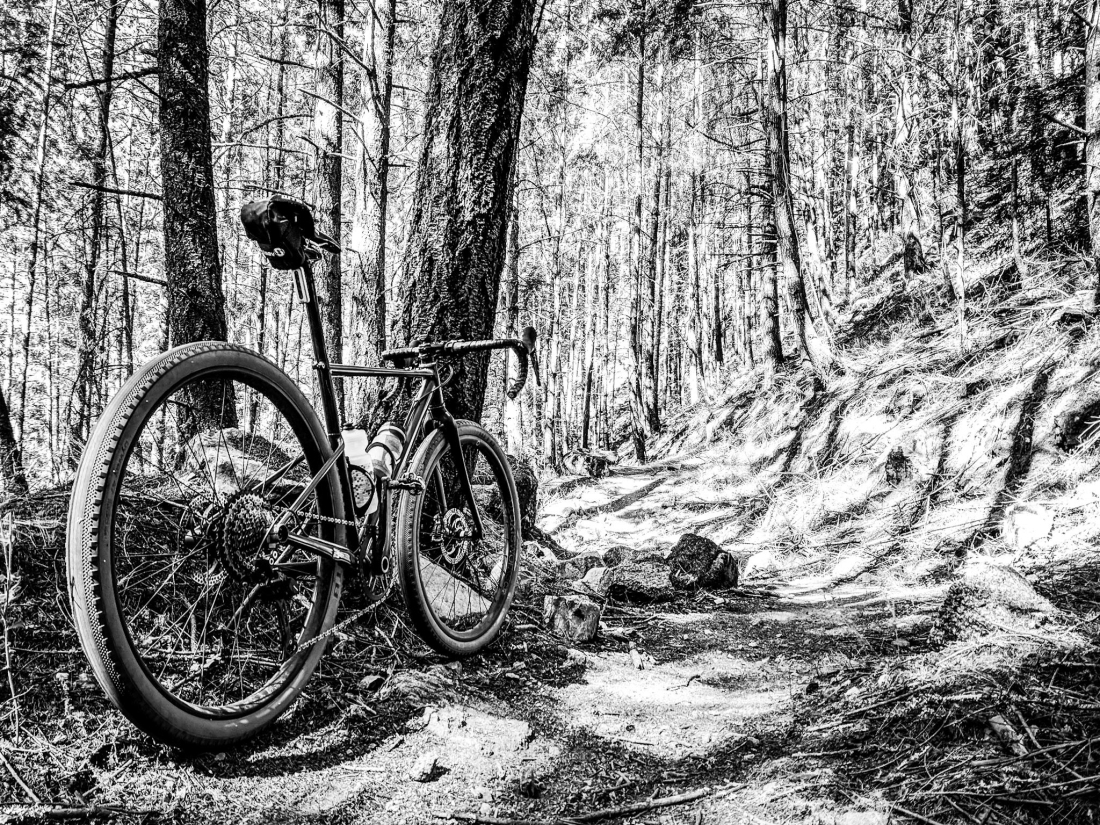 Climbing up and into the hills, the bike continued to respond willingly with no hint of wheel flop and no sense of the wandering at slower speeds and steeper inclines. Once pointed downhill that same geometry increased the stability of the bike significantly over comparable bikes.  This came in especially handy once on the singletrack on the steeper descents; where other bikes would send you over the bars and farther down the hill than you ever expected, the P-03 retained it’s composure and never faltered. Additionally, with the dropped stays and long extended seatpost, the ride quality was very smooth and ideally suited to long excursions on the bike.

Over the course of the first 25 mile maiden ride, one aspect of the design proved to be an oversight with the reduction of the headtube by 30mm to being too low to run without the addition of spacers, an oversight that can be easily corrected to improve the comfort of the final design. This combined with minor clearance issues in a few places on the frame means that there is still work to be done but we are much closer than expected.

With only a short amount of time on the bike, we look forward to spending more time in the saddle and to get a properly complete evaluation of the frame. At this point we are very optimistic that we have been able to hit all of the major design goals without sacrificing the design and efficiency that we are looking for. The fit of the frame needs to be improved as it was spec’d to be a bit too aggressive for the wide range of terrain that the bike will be ridden on, but this will be improved in future iterations